Citrus Aurantium, Synephrine, or bitter orange. It has many names. bitter orange has been used in herbal medicine for years and is said to have great benefits.

But what are the benefits of bitter orange?

In this article, I’ll cover everything you need to know about the bitter orange. Its benefits, usage and also where to get it.

What is Bitter Orange?

When I speak of Citrus aurantium, I usually mean a certain ingredient that is found in the bitter orange and is already used in numerous stimulant dietary supplements (boosters and fat burners): Synephrine or P- Synephrine (“para-synephrine”)

This is a protoalkaloid and trace amine that can be produced by the human body itself.

Synephrine is also found in foods at elevated levels (eg, bitter orange, containing 8.848g per kilogram (dried weight) of synephrine along with other ingredients such as N-methyltyramine and octopamine) and is considered a dietary supplement in traditional Chinese medicine (TCM). Likelihood of confusion exists with the “common orange” (Citrus sinensis). But trust me, they are quite different.

Since the bitter orange is rarely consumed, there are now numerous extracts that facilitate ingestion. These usually have a synephrine concentration of 71.5 g per kilogram (dried weight) – this corresponds to a content of about 7.1%. (ie at 100mg there are 7.1mg synephrine – math and so!)

From a chemical point of view, synephrine has a strong similarity to ephedrine, which – as probably some of you know – is a popular ingredient in the so-called “ECA” stack. Ephedrine is widely used as a fat burner but while it works, it has numerous side effects.

Both substances are considered stimulators of the beta-receptors (including those responsible for burning fat), but with the subtle difference that synephrine is considered less dangerous and questionable, since it in contrast to ephedrine only certain receptors (the “beta-3 “) – it’s a beta-agonist.

Although these B3 receptors have a lower “fat-burning potential” in humans, in contrast to the B1 and B2 receptors, the side effects are correspondingly lower and easier for many people to tolerate than ephedrine.

Supplementing with synephrine is permitted according to WADA (but not the metabolite octopamine).

This is what a bitter orange looks like in a close-up. These fruits are very sour and can not be compared with the common “orange” – but they have the Corpus Delicti: Synephrine! 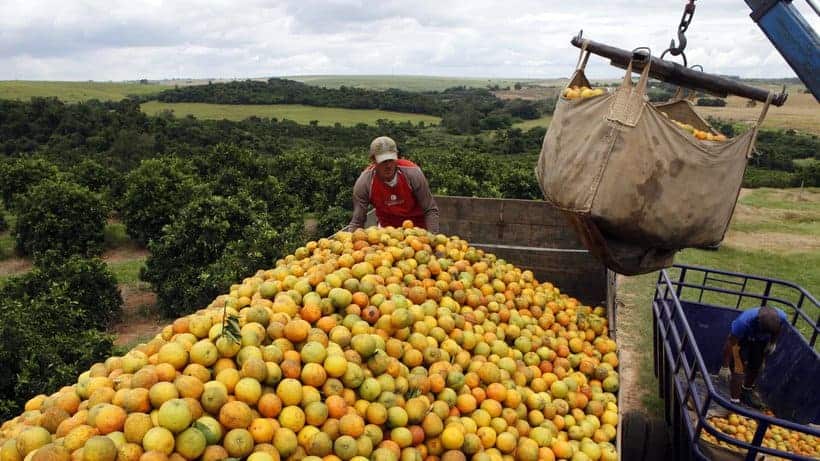 Bitter Orange has the following benefits:

(The immature) bitter orange is used in traditional Chinese medicine in combination with other roots, herbs, and spices to benefit the digestive organs and the circulation.

It is also known that Bitter Orange should help with breast cancer. The intake can be varied, such as tea, cold extract of fruit peel, tincture, as an extract or even in the form of essential oils.

In “fitness”, “bodybuilding” and “weight loss” circles, the bitter orange – actually synephrine as an extract – is advertised as an accelerated fat loss and diet product thanks to its stimulating and stimulant properties. The powders and extracts are found in pure or combined form (e.g., the patented Advantra Z? in the C4 from Cellucor, where naringin and hesperidin are still present.

The effect on the beta-3 receptors stimulates thermogenesis and thus leads to increased sweating, which is why Synephrine is also gladly added to pre-workout boosters. The goal: to improve blood circulation, better energy supply, focus. 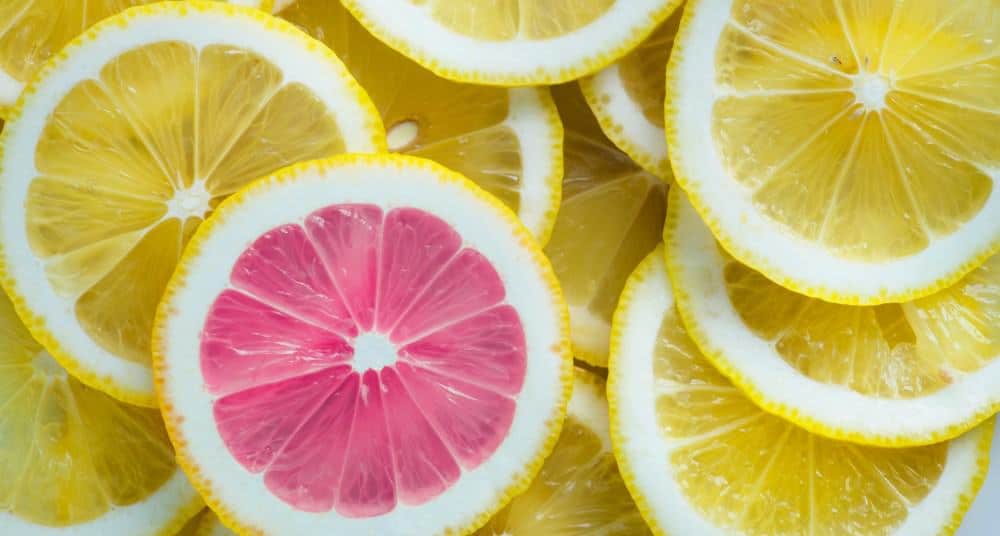 It is known that synephrine is naturally produced in humans via tyramine metabolism (endogenous production). Simply put, the conversion looks like this.

On blood pressure and heart rate, a dose of 50mg P-Synephrine (equivalent to about 700mg Citrus Aurantium powder) does appear to increase over a time course of about 75 minutes.

Stohs et al. (2011) also demonstrated that such a regimen is able to increase metabolic consumption in healthy resting human subjects by 65 kcal over a 75-minute period. (Net effect, because in the placebo group, consumption decreased by ~ 30 kcal at rest! 30 + 35 = 65)

In this study, the combination of 50mg P-synephrine and 600mg naringin resulted in a caloric extra consumption of 129 kcal in a time course of 75 minutes compared to a placebo group, which is why an intensifying (synergistic) effect is to be expected. Can you still do that to the extreme?

One can: Add 100mg of hesperidin to the above combi, increasing the additional consumption by 183 kcal over a period of 75 minutes. The increase from 100mg to 1000mg hesperidin, however, is less potent (“only” +79 kcal).

The patented Advantra Z?, used in this study and found in some boosters, contains all three components.

The increased energy consumption is attributed to the agonistic action on the beta-receptors (type 3), which results in increased lipolysis (fat loss) and increased metabolic rate. In this way, it is nutrition-independent possible to achieve a reduction of body fat (and thus a weight reduction) over a longer period. This is bitter orange’s greatest benefit, it actually does help with weight loss. 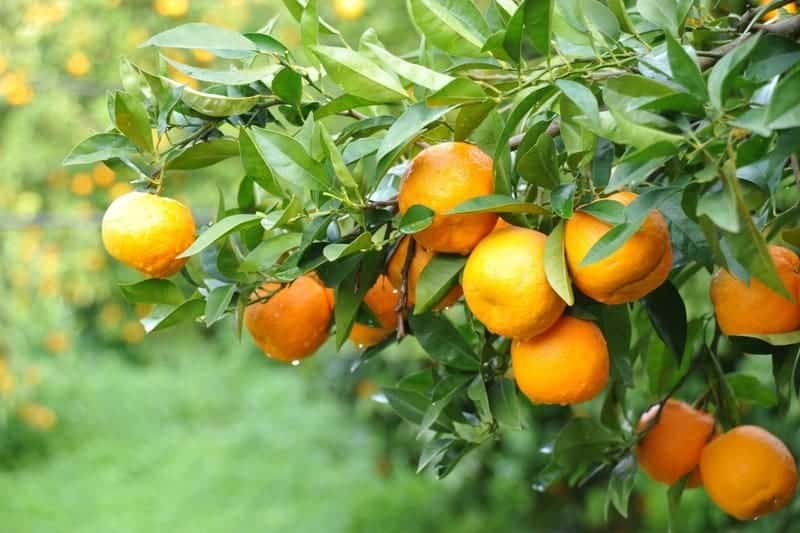 Research has also shown that synephrine has a mild effect on the alpha receptors (adrenoceptors) (A1 and A2) , which are normally stimulated by epinephrine and norepinephrine (and ephedrine) – but synephrine is less potent in that regard. From this, the stimulating effect of synephrine can be derived, which is mediated by activation of the sympathetic system (central nervous system).

The stimulatory properties of P-synephrine, which should not be surprising, can be increased by a combination of caffeine.

The best time to take Bitter Orange depends on the desired effect. When it comes to losing weight and reducing body fat, taking it three times a day – morning, noon, and night – in smaller amounts can help push your metabolism easily without the side effects.

Anyone who hopes for a boost in their physical performance or wants to use the whole thing as a workout fat burner can also take larger amounts (see dosage) for 20-40 minutes pre-workout.

As always, on an empty stomach it works better and if you ask me, I would combine it with piperine.

I would not recommend a “continuous use”. As with all supplements, there is probably a habituation effect, so you should save it for yourself and your diet and Defiphase. Maybe not necessarily at the start, but then, when it’s in the final stages or you experience a plateau.

As so often, one should not forget to talk about the side effects. As indicated, the effect is much less pronounced than with ephedrine (which, among other things, can lead to tremor, palpitations, and sweats).

If you feel a headache after taking Synephrine, you should rewind the amount or take a break if necessary. It has been found, for example, that people who suffer from headaches or migraine sufferers have an increased concentration of trace amines (such as synephrine) in the head – which is probably a malfunction in tyramine metabolism.

This does not mean that you can and will not experience the same symptoms due to the excessive exogenous intake.

Synephrine does not seem to have any effect on blood pressure – no increase, but the bitter orange itself looks different, as it has been shown to increase systolic and diastolic blood pressure.

One of the patented forms (“Xenadrine EFX?”) may (despite a low synephrine content) increase blood pressure. For the high-dose Advantra Z?, such an effect could not be confirmed.

The use and consumption of synephrine is universally considered safe and side-effect-free. Okay, if you take a little more, you’ll sweat like an animal, but that’s usually expected from a metabolism boost. Nevertheless, you should first determine your tolerance by experimenting with the half dose stand-alone and slowly increase to the recommended value. If you tolerate it well, you can combine it with caffeine (coffee) or booster.

If you have heart problems, caffeine is not tolerated (or does not like the effect), you are pregnant or have other pathologies, you should consult your doctor first, as with any product you want to take. Of course, the guidelines presented here does not release self-protection and is probably not exhaustive enough.

To all competitive athletes: In a study with a dose of 54mg Synephrine, there was no positive drug test (CEDIA Amphetamine Assay), however, an increased dosage (from 150mg) within 24 hours lead to an increased attack of octopamine (14) (yes is a metabolite of synephrine).

Bitter Orange is for sure one of the supplements that will actually help you losing fat. Most fat burners simply don’t work.

Bitter Orange, on the other hand, has no side effects and is proven to help you lose weight. Still, if you overeat, you’ll not lose weight.

Consider Bitter Orange as a diet boost, but you still need to have to basics right. 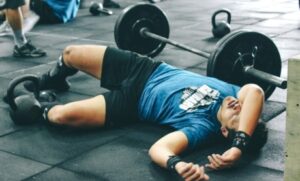 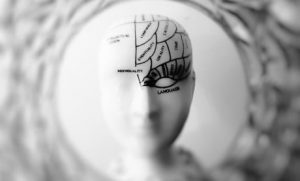 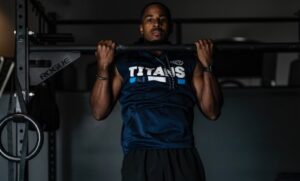