Green tea has a very extraordinary effect on the brain and your performance.

Although it may seem contradictory, tea drinkers have always enjoyed both the smoothing and the stimulating effects of green tea.

But how exactly does green tea benefit the brain? All information about the green tea extract and its effect on the brain will be covered in this article.

What is Green Tea Extract?

The demand for green tea extract has risen sharply in recent years because the positive properties of green tea are more widely known.

In China and India, it has been used for health benefits for thousands of years. As many scientific studies show, green tea extract can affect the overall performance of the brain.

At the same time, however, a reassuring effect is also attributed to green tea. For general health-related statements, however, further clinical studies are needed.

That these two interactions of tea in China have always been valued, is proven by the following sentences in a Chinese book, “Tea Awakens Good Mind and Wise Thoughts, It refreshes your body and calms your mind.”

If you feel depressed, Tea will encourage you. ” While tea has been known in Asia and the Arab world for thousands of years, it only came to Europe in the 17th century.

The green tea extract is made from the leaves of the tea plant Camillia sinensis, but not fermented, unlike black tea.

In order to avoid the oxidation of the polyphenols contained in the leaf and to inactivate the plant-own enzymes, the leaves are heat-treated in the production of green tea after picking.

The characteristic taste of the tea comes from the L-theanine. Green tea contains around 6% L-theanine. The teanine contained in green tea cause a somewhat rough taste than comparable teas.

Next, the leaves of the green tea are rolled. This method is also used in the production of black tea.

Through this gentle process, high-quality active ingredients remain in the tea leaf, which essentially makes up the effect of green tea extract. The ingredients are awarded many favorable properties.

Take-Home-Message # 1: Green Tea Extract is obtained by a gentle process from the tea leaves and thus has, compared to other teas, a higher potency.

How does Green Tea enhance the Brain?

Green tea and its ingredients are considered to be beneficial in many ways.

The caffeine in the tea gives you an energy boost. Also, this effect can be achieved by the regular consumption of green tea. Its caffeine content is responsible for the powerful effect of the tea.

But why can green tea have a calming effect at the same time?

Responsible for this is especially the L-Theanine, a free amino acid, which is found almost exclusively in tea, especially in green tea.

Many messengers are responsible for a state of deep relaxation and calm, as well as a sense of contentment and well-being. As soon as the “grief mode” is switched off, one can concentrate better and focus on his thoughts, which results in improved learning and memory performance.

In our modern, hectic times, the benefits of a simple substance that can take away some of our stress cannot be overestimated. And so L-theanine has been used for a long time, especially in Japan, Korea or Taiwan as an integral part in supplements for reassurance and concentration.

A study by the Department of Integrative Biology and Physiology at the University of California has also looked into the antioxidant effects of green tea.

Epigallocatechin, or ECGC for short, is one of the green tea-derived polyphenols. It can intercept reactive oxygen species in the body, thus protecting the cells from oxidative stress, ie from free radical destruction. If your cells are in top shape, you are optimally prepared for your challenges.

Last but not least, green tea extract has yet another effect.

A study by the University of Birmingham’s Human Performance Laboratory looked at the relationship between physical stamina and green tea extract. 33mg Green tea extract was administered to the volunteers.

This resulted in increased levels of free fatty acids in the plasma during exercise, indicating higher fat burning. The better the burning of fat works, the more stable it is also possible to ensure the provision of energy under load. These results from the University of Birmingham study indicate that green tea extract can improve endurance. The reasons for these improvements are the polyphenolic compounds contained in green tea, so-called catechins.

Take-home message # 2: Green tea has many effects on your body and mind, which have already been proven by some studies. For general health-related statements, however, further clinical investigations are required.

The Effect of Green Tea on the Brain

The effect of green tea on the brain was investigated in a study by the National College of Natural Medicine in Portland, Oregon.

The researchers looked more closely at the impact of green tea on brain performance. “The double-blind, placebo-controlled study looked at 91 subjects with mild cognitive impairment. Half of them received green tea extract with added L-theanine, the placebo group maltodextrin and lactose. After 16 weeks, neurophysiological tests were performed in both groups.

The subjects, who received green tea, performed much better. The subjects had to solve memory problems while they were examined with an MRI. With this imaging technique, scientists can determine which areas of the brain are activated during a task and how strong that activation is.

The researchers found that green tea extract enhances both the activity in, as well as the connection between exactly the regions of the cerebral cortex, which are crucial for working memory.

And – that’s the key – this stronger activity, which was caused by the green tea extract, also resulted in a better cognitive performance of the subjects.

The study results may indicate a positive influence of green tea on the short-term plasticity, ie the short-term adjustment of the transmission strength of the synapses of the brain.

Take Home Message # 3: Green tea strengthens can affect some mechanisms in the body. The effect of L-Theanine and Caffeine provide mental clarity.

The advantages at a glance: 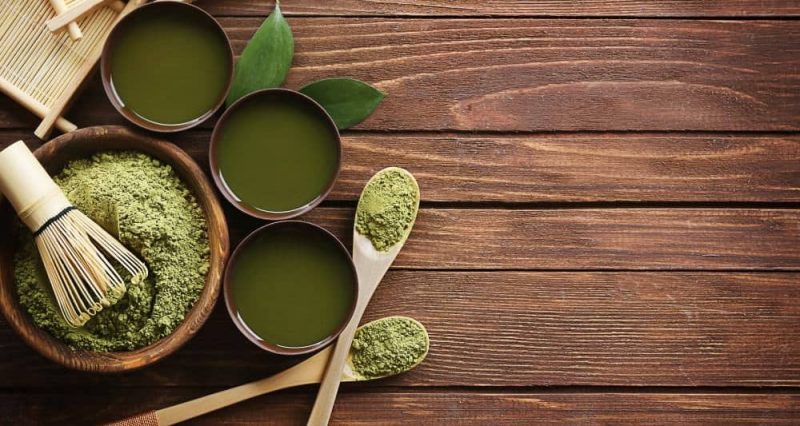 The Ideal Dosage of Green Tea

It is above all health-conscious people who deal with their diet and regularly drink green tea.

True, most people use classic tea and not extract. It would be extremely useful for anyone to buy the extract and integrate it into the daily diet. Even better than green tea infusion is green tea extract because here the effective ingredients are enriched.

Compared to the normal green tea, green tea extract has the advantage that the active substances are concentrated. So you have to take much less of it to achieve the same effect as simply brewing the tea leaves with water as a tea.

The concentration of the active ingredients is of course much lower than in the extract.

As you now know, green tea is a true power tool. In an extract, valuable ingredients are particularly concentrated. 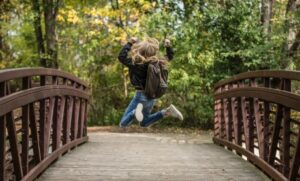 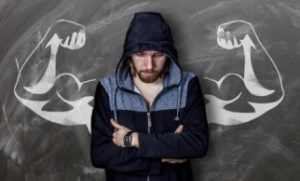 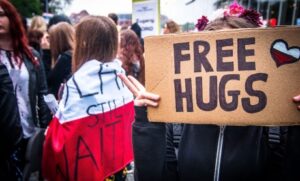