You have never heard of acetyl-L-carnitine?

It is also referred to as “L-carnitine for the brain”, and is part of most supplements and is gaining popularity in both medicine and sports.

But does Acetyl-L-Carnitine benefit the brain?

Acetyl-L-carnitine, short ALCAR, is an essential substance that plays an important role in energy production and fat utilization.

Unlike traditional L-carnitine, which can be produced by the body itself, and which is probably more familiar to most, acetyl-L-carnitine has been artificially added to another acetyl group.

The advantage of this is that L-carnitine is able to cross the blood-brain barrier.

The blood-brain barrier is a natural barrier that separates the bloodstream from the central nervous system.

This is extremely important for your brain because it protects it from those pathogens and messengers that circulate in the blood.

L-carnitine is also found in some foods, including meat, cheese, and milk.

That is why vegetarians and vegans often require supplementation.

In contrast, the active ingredient acetyl-L-carnitine, which is found in most nootropics, is industrially produced.

The reason is again the acetyl group, which is added in addition. Only then acetyl-L-carnitine can reach its high efficacy and bioavailability, which makes it so special & unique.

The bioavailability of a substance describes how quickly and in what quantity a substance can be taken up or is available where it is needed.

The Benefits of Acetyl-L-Carnitine for the Brain

But what exactly does L-carnitine do and why is it so important to the performance? And how does acetyl-l-carnitine benefit the brain?

L-carnitine is an essential chemical compound that is formed from the two amino acids lysine and methionine.

Simply put, your food contains energy in the form of macronutrients fats, proteins, and carbohydrates. This energy, which you absorb, is transported via the blood to the mitochondria and made usable there.

In the mitochondria, the usable energy then arises in the form of ATP. The common energy currency of the body, which can be used for any purpose.

This process is one of the most elemental in your body and its effectiveness depends on how well your brain is energized and whether you feel fit and powerful.

However, the studies are not yet sufficient for general health-related statements, this requires a few more clinical studies.

For example, a study by the University of Cantania, Italy, has dealt with this issue and has been administering acetyl-L-carnitine to subjects who are feeling fatigued.

As always, the more energy your brain can provide, the better.

But why is acetyl-L-carnitine so important and effective?

The secret lies again in the attached acetyl group. This improves namely, in combination with another active substance named Citicolinen, the formation of the important neurotransmitter acetylcholine.

Therefore, acetyl-L-carnitine is found in many nootropics as a supplement and rarely bought separately.

In combination with the active substance citicoline, the two substances form acetylcholine.

Quite a lot of complicated processes and technical terms, but in the end it always comes down to the formation of the neurotransmitter acetylcholine (ACh).

This neurotransmitter is essential for stimulus and information transmission in your brain. Neurotransmitters, your bodies messengers, are part of a large number of thought processes.

It is extremely important to be well supplied with the neurotransmitter, especially in challenging situations.

The two substances should therefore always be purchased in combination, as acetyl-L-carnitine and citicoline together benefit the concentration of the important acetylcholine.

The results showed that the activity of the enzyme acetyltransferase was markedly increased in the acetyl-L-carnitine group.

This enzyme is responsible for the conversion of citicoline. One thus sees how important a sufficient concentration of certain substances is, which in turn together can increase the content of neurotransmitters, for example.

1. Acetyl-L-carnitine benefits the formation of the neurotransmitter acetylcholine

2. The added acetyl group ensures that the blood-brain barrier can be overcome

Related
Are Sweeteners bad for Athletes?

What to Combine Acetyl-L-Carnitine with?

When taking acetyl-L-carnitine you should, based on experience, pay attention to a few things to generate the optimal efficacy of the substance and exclude side effects.

The goal is to gain as much of the neurotransmitter acetylcholine as possible.

Neurotransmitters are important in the speed of your brain and the communication between the synapses.

You are an athlete? Then you’ll know how important it is to transfer information from the brain to the central nervous system and into the muscles.

In all of these processes, neurotransmitters are very important messengers.

Side Effects of Acetyl-L-Carnitine

Side effects only occur if the correct dosage of the product is not used.

For this reason, the use of acetyl-L-carnitine should be omitted as a capsule or powder, because in self-assembled products, the dosage is often wrong.

Side effects are mainly headaches.

Powders usually have the problem that they contain a large number of chemical additives and flavorings. This is related to the fact that acetyl-L-carnitine has a very bitter taste.

Where to Buy Acetyl-L-Carnitine

As already explained, it does not make sense to buy acetyl-L-carnitine as a powder or capsule, but always in combination with other active organic substances.

Only then acetyl-L-carnitine can unfold its full potential.

Therefore, mixed products are recommended in which the correct dosage is matched.

Citicoline should be taken at a daily dose of 500mg.

See for yourself how powerful you can be with enough restful sleep and vitamin power.

Do you take acetyl-L-carnitine? 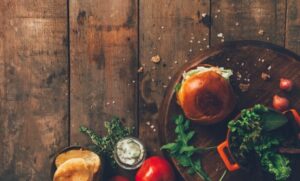 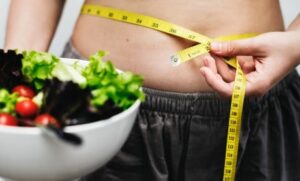 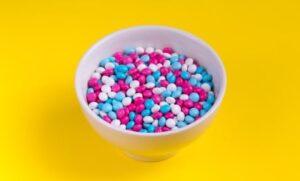