Beta carotene not only protects the plant in which it is originally found, it also has many beneficial effects on your body.

As an antioxidant, it captures, for example, free radicals and ensures that the oxidative stress in your body and inflammation can be reduced.

The following article provides information on how much beta-carotene you should consume during the day and what benefits you’ll get from it.

What is Beta Carotene?

Beta-carotene, sometimes also written as beta-carotene, belongs to the group of carotenoids, which comprises a total of about 700 different substances.

It gives many foods their reddish-yellow color, something the food industry has already come up with. It, therefore, uses it as a dye (E160) to make margarine or spreads appear a bit more saturated in color.

Beta-carotene is converted in the small intestine by enzymatic breakdown to vitamin A, also known as retinol.

Therefore it counts as a provitamin A.

The beta-carotene is transformed into vitamin A only if the body suffers from a corresponding deficiency.

Affected are mostly vegans who do not eat animal products such as milk and fish.

Vegans are often under-supplied with vitamin A and therefore need to pay more attention to the intake of beta-carotene to meet their needs and uphold vitamin A levels.

If you eat only plant-based products, make sure that you cut small quantities of fruits and vegetables and cook them together with saturated fatty acids (eg coconut oil).

Then, the beta-carotene is best absorbed by your body, as it is better bioavailable.

Take-home message # 1: Beta-carotene is the precursor of vitamin A and is converted into the “eye vitamin” only with the help of the trace element zinc.

It is also known by the term provitamin A. Especially people who do not eat animal foods should pay attention to their beta-carotene supply, to prevent deficiency.

As already mentioned, beta-carotene can function as a powerful antioxidant.

Antioxidants mitigate the harmful effects of free radicals in the body. Oxidative stress, flooding the body with too many free radicals, can be tough for your body.

If you suffer permanently from too much negative tension, because your e-mail inbox is overflowing again and the boss constantly comes to you with even more tasks, these radicals cause a part of the body’s cells to be destroyed.

Consequences are fatigue, difficulties to concentrate and memory gaps.

This effect has already been proven by researchers.

They looked at the effects of taking high-dose beta-carotene supplements on mental performance in a long-term study.

Subjects who supplemented the phytochemical for 18 years were significantly less affected by a reduction in their cognitive performance than the placebo group.

They had better memory skills.

But care: this should not signal you to throw in as much beta carotene as possible. The phytochemicals should be treated with caution, as it can also have negative effects. More on that later.

Constantly high levels of stress and poor sleep cause increased inflammation in your body as it can not calm down and regenerate.

Such so-called inflammations are detectable at certain markers such as interleukin-6 (a signal substance of the immune system).

In addition to beta-carotene, there are other compounds that act as antioxidants.

Antioxidants are able to protect your body from stress. As Vegans obviously also suffer from high stress, Beta Carotene is essential for vegans.

In addition, the positive effect of beta-carotene on cardiovascular disease was investigated by Finnish scientists.

They examined the extent to which the consumption of beta-carotene (and lycopene) can lower the risk of strokes.

This effect of Beta Caroteneis also important for Vegans.

This study found that those who had a relatively high level of beta-carotene in the blood had a significantly lower risk.

Because it prevented the oxidation of LDL cholesterol in this study and thus prevented the formation of arteriosclerotic deposits in vessels. That makes Beta Carotene especially important for Vegans.

To make a clear statement, many more studies are needed to investigate this positive relationship!

Take-home-message # 2: Beta-carotene is a natural antioxidant.

Antioxidants can reduce the negative effects of oxidative stress and counteract the inflammation caused by this stress.

The immune system is strengthened if inflammations in the body can be kept low.

Beta Carotene for Vegans as Sunprotecion

Did you ever notice that?

Quick questions such as “Were you on vacation? You look so relaxed.”

That’s why people in their spare time do everything they can to get some tan, especially when they work hard all day in the office.

The intake of beta-carotene capsules in this context seems very obvious, but it is often heard that this could increase the sun protection of the skin.

The promise sounds tempting at first. No one likes putting on sunscream.

Annoying, completely understandable, but it prevents your skin from being permanently damaged.

How convenient would it be to protect against the destructive UV rays simply by consuming high-dose beta-carotene capsules?

It is true that the beta-carotene deposits in the skin.

However, it does not provide effective protection against solar radiation, because The European Food Safety Authority states that scientific data is not reliable enough for manufacturers to say “beta-carotene tablets increase the sun protection factor of the skin.”.

Producers are therefore not allowed to promote their dietary supplements with this health claim.

By the way: Just because you will produce less vitamin D with sunscreen, you should still make use of it!

The cell damage caused by intensive sun exposure is much heavier.

Enjoy the sun in moderation and treat yourself from time to time a little break in the shade, so that your skin can breathe.

Beta-carotene is found in many plants. That’s great news for vegans who especially rely on beta carotene.

But that’s not all, plants contain much more than the bioactive substance, such as filling fiber, minerals and various vitamins.

Their high nutrient density makes them so valuable for a healthy diet.

There is a simple tip: Look at the color! If it is red or yellow, you can be pretty sure that carotenoids are included. These include, for example:

But no rule without exception: Would you expect that even green foods contain beta-carotene?

The contained chlorophyll lets the orange color fade into the background and the food looks green.

How much beta-carotene is actually in each food depends on many factors.

These include, among other things, the season and the degree of ripeness of the food.

Yes, even the conditions under which it is stored can lower the beta-carotene concentration.

Moreover, each part of a plant inherently contains a different amount of phytochemical.

By the way: If you take beta-carotene as a capsule or as a dietary supplement, you can use it much better than if you rely exclusively on natural food sources.

For a long time, the intake of beta-carotene supplements has been recommended to heavy smokers as it should protect against the development of lung cancer.

This recommendation is no longer pronounced today, as studies have shown that high-dose consumption can reverse the desired effect.

The daily intake of 20 mg of isolated beta-carotene on its own or together with vitamin A and vitamin E has been shown to increase the incidence of lung cancer.

Take-home message # 3: Smokers should be careful with beta carotene consumption.

The group of carotenoids is relatively large, so you can cover your vitamin A needs (retinol) from various sources.

The German Nutrition Society has therefore considered a system based on so-called retinol equivalents. This conversion factor makes the intake levels of the various plant substances comparable.

If you look closely at the list, you’ll quickly find that men need slightly more vitamin A than women.

Women have a significantly increased need when they breastfeed a child.

Concrete guidelines on how much beta-carotene, the precursor of vitamin A, are needed is not given by the DGE.

The best amount is between 2 and 4 mg, which can be easily absorbed by a balanced diet.

Side Effects of Beta Carotene

There are side effects from overdosing beta carotene.

If the over-supply continues, you will notice significant changes in your skin: you will get an “orange peel”.

This only means that your dermis is slowly becoming an increasingly intense yellow-orange tone – called carotenemia.

This is not bad or questionable.

The effect stops when the beta-carotene intake is reduced and the reservoirs empty again.

I hope I was able to make clear, that beta carotene is an essential part of every vegan’s diet.

Have you ever considered supplementing Beta Carotene? 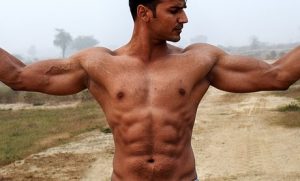 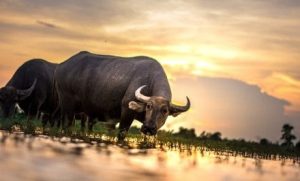 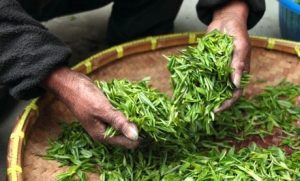