Today’s article is not about physical iron, but rather about the trace element iron. We all need iron, it is an essential part of a balanced diet. Especially athletes need to monitor their iron levels.

Iron deficiency in athletes can have a significant negative impact on performance.

The problem? It is hard to identify iron deficiency.

You will learn everything about iron deficiency in athletes and why you need to monitor your iron levels, today!

Let me give you a brief introduction on why iron is so important.

As an athlete, you know how it is.

You have a fixed goal in mind and want to achieve it with the help of physical training. Then it is always an advantage to be able to optimally retrieve your power reserves.

To do so, you need to have optimal iron levels.

Across Europe, iron deficiency is one of the most common nutrient deficiencies affecting large populations (especially children, as well as menstruating women and pregnant women). Globally, an estimated 2 billion people are affected.

Nevertheless, as a man (or someone who does not currently suffer from iron deficiency), you should try to get an overview of your iron intake and the substances that inhibit iron absorption.

In this article, I’ll explain what symptoms are related to iron deficiency in athletes and how to ensure adequate iron supply.

Prevent Iron Deficiency as an Athlete: A Guide to Optimizing Iron Values

What functions does iron have in the human body?

Iron is an essential mineral, meaning that it has to be supplied to the body from the outside because can’t be produced by the body itself.

Iron performs a variety of tasks in the body, including conserving cell function, supporting the immune system, hormone synthesis, producing and renewing passive structures, and supporting the growth of the muscular and skeletal system.

Probably the most important task is the transport of oxygen through the hemoglobin in the blood. A main component of blood is iron.

Related
How Probiotics affect your Mood

How much iron do you need?

The recommended daily iron intake, according to the German Nutrition Society, is between 8 mg to 15 mg per day (pregnant women even up to 30 mg and breastfeeding women up to 20 mg. Other sources recommend 8 mg (for men) and up to 18 mg (for women).

And as mentioned earlier, the likelihood of iron deficiency is much higher for women, which is related to menstrual blood loss.

If a woman additionally does lots of sports, the likelihood increased. An estimated 26% to 60% of women suffer iron deficiency without knowing.

This is especially true for endurance sports, in which frequent, hard ground contact occurs, such as jogging.

As a result of the frequent contact with the ground, red blood cells are broken down and ultimately iron is lost.

Consequences and Symptoms of Iron Deficiency?

With the multitude of functions mentioned at the beginning of this article involving iron in the human body, it is clear that iron deficiency may have noticeable consequences in terms of well-being as well as athletic performance and overall health.

These consequences include increased susceptibility to disease, chronic fatigue, decreased appetite and reduced desire to exercise and reduced stamina and strength.

All factors that hinder athletic development.

Because many of these symptoms can be triggered by other events, ultimately only a blood test provides certainty as to whether an iron deficiency exists.

Such a blood test should determine the level of iron in the blood serum since it has the highest informative value with regard to supplying the body with iron and is superior to other methods.

If you work hard in the gym and observe several of these symptoms, you may actually be suffering iron deficiency and a blood test may be useful.

What is athlete anemia?

The term athlete’s anemia is the colloquial term for a common iron deficiency in athletes.

For example, a marathon runner can lose up to two and a half milligrams of iron per liter of sweat.

The recommendation for endurance athletes is about 1 milligram increased intake of iron, compared to non-sports people. Because athletes often follow a diet to control body weight, iron deficiency is common.

Why is iron indispensable for bodybuilders?

Iron plays an important role in the production of red blood cells, which subsequently supply oxygen to the muscles.

During intense exercise, bodybuilders sweat iron as well as other minerals.

To ensure that all metabolic processes can continue smoothly, regular intake of such minerals is important.

Guide to optimizing your iron values

In the case of a deficiency, supplementation with iron may be useful.

However, adequate nutritional support, especially if you do not follow a vegetarian or even vegan diet, can be sufficient.

With some modifications, nutritional intake of iron should be preferred to supplementation.

Basically, there are two types of iron: heme iron and non-heme iron – the latter occurring mainly in plant products and being less absorbed and processed by the body than iron from animal sources.

The following points should be considered when it comes to supplying the body with an adequate amount of iron while ensuring that its absorption is improved or not hindered.

Since red meat in some versions can be quite high in calories, it is avoided by many people.

But if you take a closer look at the iron content of red meat, it becomes clear that this is a mistake. Especially in the context of optimal iron supply.

As a particularly nutrient-rich representative among the red meats – not only with regard to iron – the liver stands out.

If you do not like the taste, you can experiment with different recipes or change to other red meats.

Shellfish also have a fairly high iron content and should, therefore, be more often included in your nutrition plan.

Vitamin C plays an important role in the supply of iron, especially for vegetarians or vegans, as it is able to improve the intake of non-heme iron. A very good source of iron and vitamin C is broccoli. This should not be boiled for too long since it causes a vitamin C loss.

Basically, most fruits and vegetables are rich in vitamin C.

Spinach is a two-sided coin. Although it contains lots of vitamin C, it can have a negative effect on iron absorption due to the containing oxalic acid.

However, studies suggest that this is not relevant in practice. Those who want to be on the safe side avoid the simultaneous intake of spinach and iron-containing foods.

Dairy products can inhibit iron absorption and should, therefore, be taken separately from ferrous foods when it comes to maximizing iron absorption. Coffee and tea are even able to reduce iron intake by 35 to 62%.

You must realize, that non-heme iron is consumed at a rate of 2% to 20%. You can easily calculate how small this intake will be if coffee or tea is consumed at the same time.

Rule # 4: Use a cast iron pan in the kitchen

Coated pans, while practical, offer a multitude of advantages when it comes to cooking. But if you want to improve your iron supply, you should prefer a cast iron pan.

The pan emits iron when frying, increasing the iron content of the food further.

It is difficult to determine how much iron is actually delivered from using a pan. But there is no danger from iron delivery. In developing countries, iron pans have even been successfully used to combat iron deficiency.

The methods already presented should be sufficient to ensure adequate iron intake.

However, if you want to ensure sufficient iron supply or the methods mentioned are not working for you, supplementation can be an effective way to ensure an adequate supply of iron.

If you already suffered an iron deficiency, supplementation will increase performance.

However, prior to supplementation, medical advice should be sought, as improper handling of iron supplements can lead to oversupply.

The dosage should always depend on the current iron supply. If you suffer from serious iron deficiency, temporarily higher amounts of iron can be used as a supplement.

When choosing the right supplement, you need to take care that it – as in the case of ferric sulfate – ends with “at”. These ingredients are best absorbed and processed by the body.

As mentioned above, some foods (including coffee) may have a negative impact on iron intake. Iron supplements should be taken on an empty stomach as a precaution.

Only for a few nutrients the gap between vital intake and harmful dose as tight as iron.

According to a study, there are almost as many people who are under-fed with iron as people with an excessive iron load.

Extra iron should therefore only be taken under medical supervision if a significant deficiency has been identified.

Unfortunately, the reality is different. Most people buy iron supplements following a self-diagnosis. Scientists warn against self-medication with such preparations. Because too much iron can be harmful.

Increased iron levels are a risk factor for heart diseases such as arteriosclerosis and heart attack, as free iron ions promote the formation of oxygen radicals.

Radicals are highly reactive chemicals and can damage a variety of cellular compounds. Among other things, they trigger the oxidation of lipids, which is responsible for the development of arteriosclerosis.

In addition, an iron-induced radical formation is expected to increase cancer risk. Several studies in which larger populations have been observed confirm the link between increased iron intake and increased risk of cancer.

An examination even comes to the conclusion that just above average iron values, bare a higher risk for tumors.

Did you find this article informative? It would be nice if you’d share it with friends and family (sharing is caring), or tell us your take on iron in the comments! 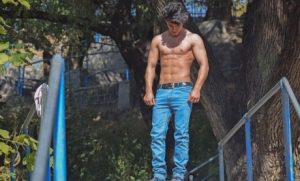 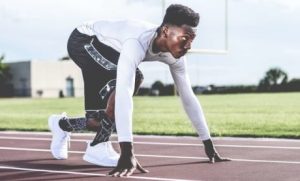 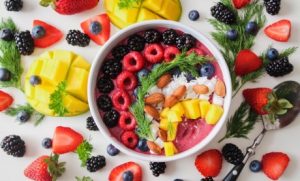 5 High Protein Breakfast Meals (That Take You Only 5 Minutes)