What is Yerba Mate?

Yerba mate is tea (or tea leaves) obtained from the South American mate shrub (Ilex paraguariensis), a tree-like plant of the holly family.

The mate tea is widely distributed locally and is one of the most popular infusion drinks in South America.

For this purpose, the leaves of the shrub (which are called “Yerba” or “Erva”) are cut into small pieces, placed in a Mate drinking vessel (from the Quechua word mate) and mixed with hot water. 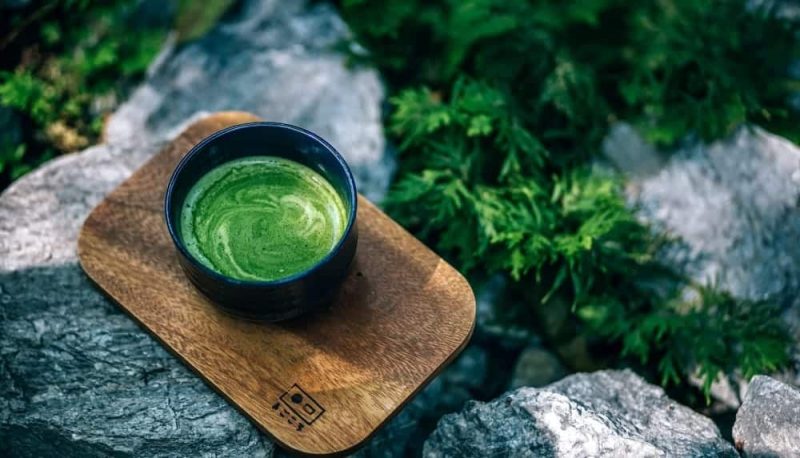 Mate is grown in Brazil, Paraguay, Argentina, Uruguay, Bolivia, and Chile and is also considered a popular drink (for example, the annual consumption of mate in Argentina in 2011 was 6.8 kg per capita per year).

But does Yerba Mate promote weight loss? Because Yerba Mate is gaining popularity in Europe because its Weight Loss properties.

Yerba Mate (extract) is used as:

Yerba Mate has a great deal of interesting and green tea-like properties, which is why it is often used in combination with green tea or as a substitute for health-conscious people and athletes.

Yerba Mate (extract) is not only marketed as a natural fat burner and for the purpose of weight loss but also – thanks to its moderate caffeine content (17.5mg / g in fresh Yerba Mate) – used as a mild stimulant for body and mind.

Like its green brother, Yerba Mate is also rich in phytochemicals, which are responsible for the health effects, including its anti-inflammatory and anti-oxidative effects, as well as the positive influence on blood fat levels.

Yerba Mate is among those teas that are not yet well researched, so it should come as no surprise that most of the studies have been carried out on the animals, even though more and more human studies have recently been conducted.

Since Yerba Mate is rich in phytochemicals and it is said to have an anti-oxidative and anti-inflammatory effect, we first address the aspect of cardiovascular health.

A study with human blood samples was able to show that Yerba Mate is able to prevent LDL particles from oxidation (an effect that also affects the HDL in the test tube and from consumption of 5 g in humans has been validated.

Studies in rats have shown that a dose of 0.5g to 2.0g of Yerba Mate per kilogram of body weight protects PUFAs from oxidation in the liver.

In women who have metabolic disorders, consuming 1 liter of Yerba Mate per day over a period of 90 days – with no diet changes – improves blood lipid levels (LDL from 160mg / dL to 150mg / dL), Identical effects were found in (pre-) diabetic men in combination with an improvement in glucose metabolism. (The positive effects can be further increased in both cases in combination with a change in dietary habits). 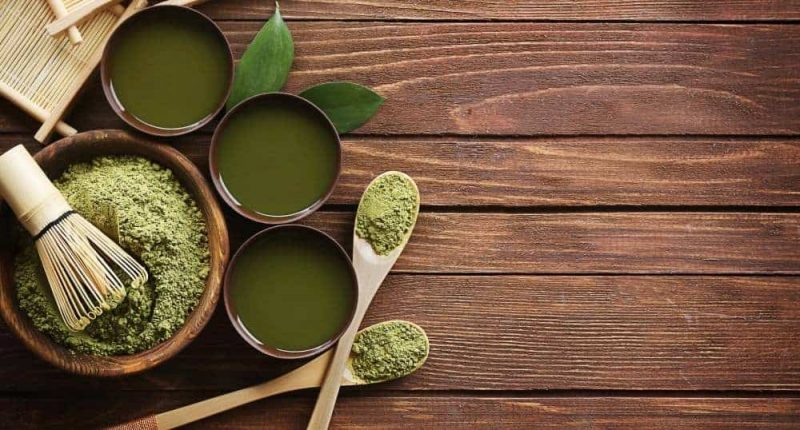 It is speculated that the beneficial effects of Yerba Mate will only develop after several weeks of continuous use.

Yerba Mate has a natural level of caffeine, a stimulant that is directly said to increase metabolic rate and increase fat burning.

Does the same apply to Yerba Mate?

Well, in an experimental model with rats given a high dose of Yerba Mate (~ 160mg / kg by human standards), these animals increased to a lesser extent, despite identical dietary intake, in a fat diet than rats who did not receive Yerba Mate.

In this experiment, the ingredients of the tea unfolded a positive effect on inflammation.

Other experiments (also on rats) confirmed the result, with a weight loss of up to 10.7% and a reduction in food intake of 4.32%.

Seems like Yerba mate is suitable for weight loss.

If you aim to use Yerba Mate for weight loss you don’t need a high dosage. Low oral doses are more than enough –around 16mg / kg – that would be approximately 1.28g in a human weighing 80kg.

This is at least implicated in the studies of diabetic rats, but the interesting thing is that weight loss can not (solely) be explained by a reduction in food intake – which suggests that Yerba Mate has additional weight loss effects.

As I said earlier, human studies are in short supply but still present.

They analyzed the effect of 12 different plant products on the acute effects in normal-weight women and men in one study.

From this, it is at least apparent that there is no significant increase in the metabolic rate – but an increased lipolytic (fat-burning) effect.

This could imply that Yerba Mate directly improves weight loss.

Interesting: This effect was only confirmed with Yerba Mate extract (dosage at 1.5g):

Even more interestingly a placebo-controlled, crossover trial on 14 healthy men and women, demonstrated that 1,000 mg of Yerba Mate extract (1 gram) in a 60-minute pre-workout diet reduces fat burning at a submaximal level Endurance (cardio with increasing intensity) increases by up to 24%.

Further studies on animals have shown that Yerba Mate can inhibit the expression of a gene responsible for the glucose to enter the blood.

This effect is attributed to the flavonoids and cinnamic acids contained in Yerba Mate.

In humans, consuming 3 cups a 330ml daily for a period of 60 days daily leads to a reduction in blood sugar levels (25mg / dL) and HbA1c (0.85%). (HbA1c is a marker of long-term blood sugar and therefore an important indicator of diabetes).

Teas are usually rich in phytochemicals, which can also be found in lots of foods.

In rats, it reduces macrophage presence in adipose tissue, which is thought to be a contributing factor to fat gain. Another reason Yerba Mate is good for weight loss.

The reduced translocation (activation) of NF-kB, an inflammatory marker, in the liver and skeletal muscle certifies the anti-inflammatory and anti-diabetic effect of Yerba Mate (also on rodents).

Human studies would be very useful for making definitive statements about the health effects of Yerba Mate.

There is not much to report on this, but what I found is very interesting. Combined with caffeine (which it contains), Yerba Mate seems to contribute to a positive effect on memory and learning. 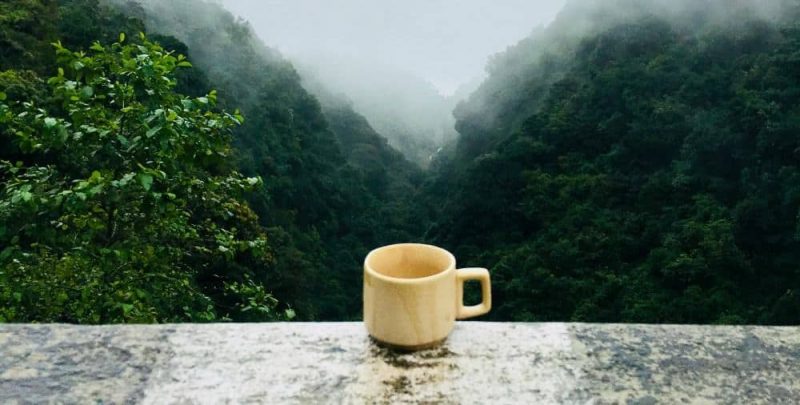 The Dosage of Yerba Mate

When is the best time to take Yerba Mate?

In the morning on an empty stomach, in combination with intermittent fasting or a low carbohydrate breakfast or in the pre-workout phase.

Yerba Mate can be consumed as a tea (infusion) or in extract form.

Most human studies use 1-3 cups (330mL) over a longer period of time (several weeks to months) before any effects will show.

Those who prefer a extract should work with doses of 0.5-1.5g.

Overall, I would advise to take 1-2x daily.

Side Effects of Yerba Mate

Yerba Mate can be described as virtually free of side effects.

In animal studies, even with a dosage of 2g mate per body kilogram, there were no toxic signs or abnormalities that would be of concern.

As with green tea, some people may experience nausea when taking on an empty stomach (even with extracts) – I do, for example.

It is usually better tolerated at mealtimes, but it should be kept in mind that increased levels of insulin may cancel some of the beneficial effects (e.g. weight loss).

You should not take Yerba Mate in the evening: Yerba Mate contains little caffeine, but a few cups (or grams of extract) too much and it can lead to sleep difficulties.

The publication of a meta-analysis published in 2009 asked whether Yerba Mate favors the risk of cancer.

“These findings would be compatible with an effect of mate drinking due either to the composition of the beverage or to the temperature at which it is consumed or both, since all of these studies were conducted in populations that consume hot mate. No data were available on populations that drink cold mate” –International Agency for Research on Cancer

Here is the last word not yet spoken. Mate itself is currently not considered carcinogenic and it can be speculated whether the increased risk of esophageal cancer may be due to the hot drink rather than if it is due to the tea itself.

There is further research on lung and bladder cancer – but the risk of mate tea is no higher here than with other teas or coffee (and other studies have come to the conclusion that there is no correlation at all).

Let’s have a look at all Yerba Mate benefits.

Not to bad, right?

All in all, I’d suggest you give Yerba Mate a try. I use it myself on a daily basis and see great results. Especially for weight loss and inflammation.

Those who prefer an extract should work with doses of 0.5-1.5g.

Did you ever try Yerba Mate for weight loss? 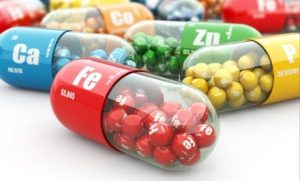 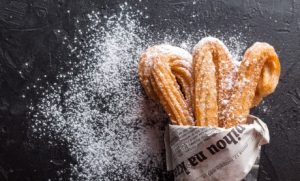 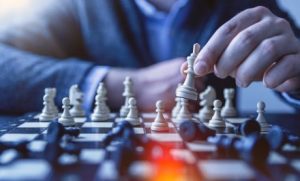