Sugar alcohols such as xylitol, sorbitol, and erythritol have nothing to do with getting drunk and partying.

The name is a bit misleading because you can not buy them in bottles, but canned like normal sugar. But why not buy a classic kilo of household sugar at the discount store, but the quite exotic looking xylitol and Co.?

The benefits of sugar alcohols over the classic are numerous. That they are better for your teeth, have fewer calories and are great for diabetics are just three of them.

What are Sugar Alcohols?

Sugar alcohols are a type of ‘low digestible carbohydrates’. This category also includes muscle and plant fibers, as well as resistant starch.

Sugar alcohols are found in nature in many fruits and are also referred to as “polyols”. Unlike artificial sweeteners, sugar alcohols are not completely calorie free because we are able to digest them and absorb them to a certain degree.

The rate of absorption, that is, the ratio of the amount of a substance absorbed by the mucosal cells and the amount actually delivered, varies among sugar alcohols, from about 50% for xylitol to almost 80% for sorbitol, depending on the subject. Erythritol is almost completely absorbed but not split, so it delivers almost no calories.

For all non-diabetics: The glycemic index indicates the effect of carbohydrate-containing foods on blood sugar levels. The American Diabetes Association also describes sugar alcohols as a sweet sugar alternative. Although research on sugar alcohols is not quite as advanced as on sweeteners, xylitol, sorbitol, erythritol, and others are the future of sweet alternatives.

Sorbitol possesses about 60% of the sweetness of conventional table sugar and has 260 kcal per 100g. Sorbitol is often used in hard and soft candies, flavored jams, bakery products, baking mixes, chewing gum, and even cough drops.

Erythritol is, so to speak, the youngest sugar alcohol and is made from corn starch. Discovered only a few years ago, erythritol is produced by a fermentation process from glucose (glucose). Erythritol has about 70% of the sweetness of classic sugar and only about 20 kcal per 100g. Erythritol also makes itself felt by a mild cooling effect in the mouth.

Erythritol is found mainly in sweets and pastries, chewing gum and some drinks. A 2005 publication in the British Journal of Nutrition also describes the rapid excretion of erythritol. The researchers E. Arrigoni, F. Brouns and R. Amadò found that it is absorbed very quickly in the small intestine and excreted in the urine.

Xylitol has about the same sweetness as traditional sugar. It also causes a cooling effect in the mouth that is even stronger than erythritol. Xylitol has a pronounced mint taste, which is why it is very often found in sugar-free chewing gum, sweets and vitamins for chewing.

Xylitol is also very common in the formulation of foods made for diabetics. With 300 kcal per 100 g, xylitol has the most calories among sugar alcohols. For xylitol production, xylan-containing plant materials are comminuted and the xylan is dissolved out. For this purpose, beech wood is usually used, which has a xylan content of about 27%. Xylitol can be prepared from xylan by various methods.

The energy your body needs to get through the day usually comes from glucose. Especially our brain needs 30% of our energy.

But if you’re on a ketogenic diet, so your entire diet is geared towards not taking energy from glucose (carbohydrates) but from ketone bodies, you will consume mostly fat instead of carbohydrates.

But because sugar contains a lot of carbohydrates, you can basically only eat sugar-free foods. But every now and then everyone is in the mood for something sweet, right? The solution is sugar alcohols!

Although they are also very sweet, they only have a minimal amount of carbohydrates and therefore hardly any weight – perfect for your keto diet!

But regardless of the keto diet, the energy your body draws from sugar alcohols is ideal for your insulin levels. They are absorbed by your body much slower than conventional sugars and do not affect insulin levels as they can be used insulin-independently.

So you do not have to be afraid of hypoglycemia. The negative effects of too much glucose on your brains, such as Trembling, hot flashes and lack of concentration will disappear. That’s why sugar alcohols are a perfect alternative for those who want to eat sweet and still want to optimize their mental performance.

And it makes sugar alcohols perfect for anyone on a keto diet.

Sweet treats are thus no longer an issue, despite a keto diet! Sugar substitutes can, therefore, be combined particularly well with MCT oil.

Xylitol, erythritol, and sorbitol have a few other health benefits, most of all they have much fewer calories than regular sugar.

Xylitol has many benefits for your health. The best-known health benefit of xylitol is certainly its effect on dental health. Some studies have shown that xylitol is more effective at preventing caries than fluoride.

For example, a one-year study by Italian and Swedish researchers showed that chewing xylitol-containing chewing gum significantly reduces the occurrence of tooth decay.

The Finnish researcher K.K. Mäkinen is also certain that xylitol reduces the production of caries and does not increase it like conventional table sugar.

In addition, unlike sweeteners, sugar alcohols provide a few calories, so the discrepancy between the calories your body expects when you eat something sweet is not that high in the number of calories it actually gets.

Disadvantages of Sugar Alcohols for Keto

The disadvantage of sugar alcohols is that they can affect the health of the digestive system and your well-being.

Because sugar alcohols are largely indigestible, they pull water into the digestive tract and can cause diarrhea. In addition, because of their indigestibility, they can be made to ferment in the intestine, causing flatulence.

Especially on a keto diet, digestion will suffer.

However, some people can adapt to it in one to two months. Among the sugar alcohols, erythritol is the most digestible and therefore causes the least trouble.

If you suffer from irritable bowel syndrome or other digestive problems, you should, therefore, refrain from the consumption of sugar alcohols.

If you are on a keto, just try if it works for you. Erythritol would be the alcohol sugar of choice for keto.

If you’re trying to reduce your sugar intake or reduce your metabolism-related problems such as eating sugar and other sweeteners regularly, then sugar alcohols are best for you.

However, they are not as sweet as sugar but have a much milder sweetness. Sugar alcohols still have calories and carbohydrates, so if they are eaten in excess, it makes little difference to eating other sweet things. Also during keto, too many sugar alcohols will break ketosis.

The best way to avoid false sugar is to change your diet to a healthy whole foods diet that only occasionally contains sweeteners. If you do not eat sweets on a regular basis, you will gradually lose your appetite and find a piece of fruit to be enormously satisfying.

Sugar alcohols are a safer alternative to traditional table sugar compared to sweeteners. Not only do they have much better effects on your metabolism and your weight than sugar and sweetener, but they can also be true benefactors for your teeth (xylitol).

Sugar alcohols can be a great alternative during a keto diet. They have way fewer carbs and therefore do not break ketosis as easily.

Still, they may cause digestive problems especially if you are following a keto diet. I’d recommend you give it a try and see for yourself how your body reacts to it. 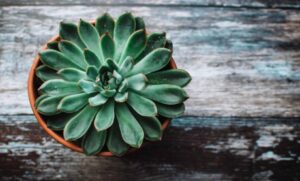 7 Benefits of having Indoor Plants 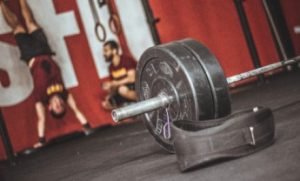 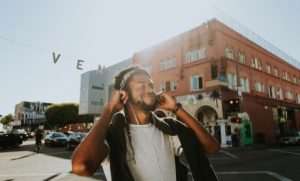